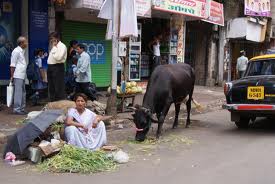 I have been to India twice. Once as a college student studying abroad and once for a summer with my then ten-year-old son to retrace my steps thirty years earlier. I love India for many simple and many more complex reasons. It is a country that has been home to me and where I have roots.

One of the most life-changing experiences I had as a college student in rural India was living with a cow shepherd and his family for a “home study” program. He, and they, spoke no English. I spoke very little Gujarati at that time. Their lives and culture were completely unfamiliar to me. I was a mystery to them and to their community. My entire experience living with this family was hard work and it changed me. Side note: as I reread this post up to this point, I get reflective and my words become jumbled…chaotic…and I am reminded that India is just that, a chaotic jumble that cannot easily be described with words. 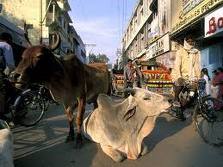 My host father–Mohanbhai–and I got on extraordinarily well. And he was eager to teach me everything there was to know and experience of his home and family, his village, and his shepherd community. All our communication was through the earnest attempt each of us made to speak a foreign language and the exhausting use of hand signals and other non-verbal communication tools we had available. And we communicated very successfully!

India and the rich life I lived there comes forward for me quite often, and sometimes quite unexpected. For example, yesterday a client of mine was describing the poor board governance skills of some members of the board by describing the behaviors as “entrenched” and “sacred cows.” These sacred cows were longstanding issues/behaviors exhibited by officers of the board that went unchallenged because of the fear of upsetting these volunteers who were also major donors. I smiled at the warm India memory stirring in my spirit. Way back then, through large, animated hand gestures and sounds and a passion from his soul, Mohanbhai taught me about sacred cows in the Hindu faith, and the holiness of cows all over India, especially the few dozen in the yard just beyond where we were speaking. It did not take much to understand how these sacred cows dominate life, conversations, actions, belief systems, ritual, faith. At this particular conversation, what Mohanbhai was trying to describe to me was that even sacred cows get in the way. 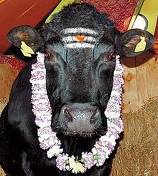 In India, it is not easy (and sometimes impossible) to live with sacred cows. They walk down the street. In traffic. They will sit on the stoop of a shop or wander into the school yard. They are noisy and their size is pretty intimidating at times. They deposit waste everywhere. And yet, these gentle creatures are everywhere, and they are sacred. Do not disturb. Do no harm. Walk around. Ignore. Some even have dots of red powder on their foreheads or garlands of flowers around their necks because someone stopped the sacred cow to get and give a blessing! Sacred cows…

So this client and I talked about sacred cows as metaphor for some board-related issues. We discussed the presence of behaviors we tolerate, the presence of certain volunteers or leadership styles we enable or indulge, the existence of programs or traditions or practices we do because it’s what we do. We talked about how sacred cows require our respect or acknowledgment, but not our inaction. Even the cows of India eventually get moved along with a poke of a walking stick and a continuous beep of a car horn if they block traffic too long. But only after they are blessed with a prayer! I believe India is quite effective (for the most part) at honoring sacred cows while also advancing life, business, faith, and progress. The sacred cows are noticed, acknowledged, honored, and moved along! 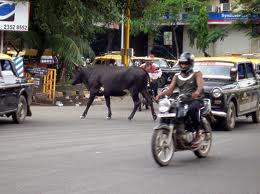 What are the sacred cows in your organization (or relationship, job, family, etc.) that you notice? How do they show up? What sacred cow is in your way that you feel so reluctant to do anything about for fear of upsetting it? What are you accepting or tolerating simply because you always have?

Perhaps it’s time to get your walking stick, poke the sacred cow, and move it along!
Now go!