The past few days have been very unsettling and upsetting. India is a second home to me and I am very upset by the terrorist attacks in Mumbai. What is the point of this killing and violence and destruction? I struggle with trying to understand it all.
I was a student in India when I was an undergraduate. I lived there and studied there. I lived on two university campuses founded by Mahatma Gandhi that were designed to foster a greater understanding of peaceful protest and self-sufficiency. My research took me all over the country where I met amazing people and deeply experienced what India has to offer. My life changed.
In 2004 I took my then ten-year-old son to India for a seven-week backpacking experience. Our goal was to see as much of the country as we could and to retrace my undergraduate footsteps by visiting the places I lived and reconnecting with the people I knew and who welcomed me into their homes all those years ago. We trekked all over the country and we visited and stayed with every family I knew and who welcomed us in as a family. Our lives changed. 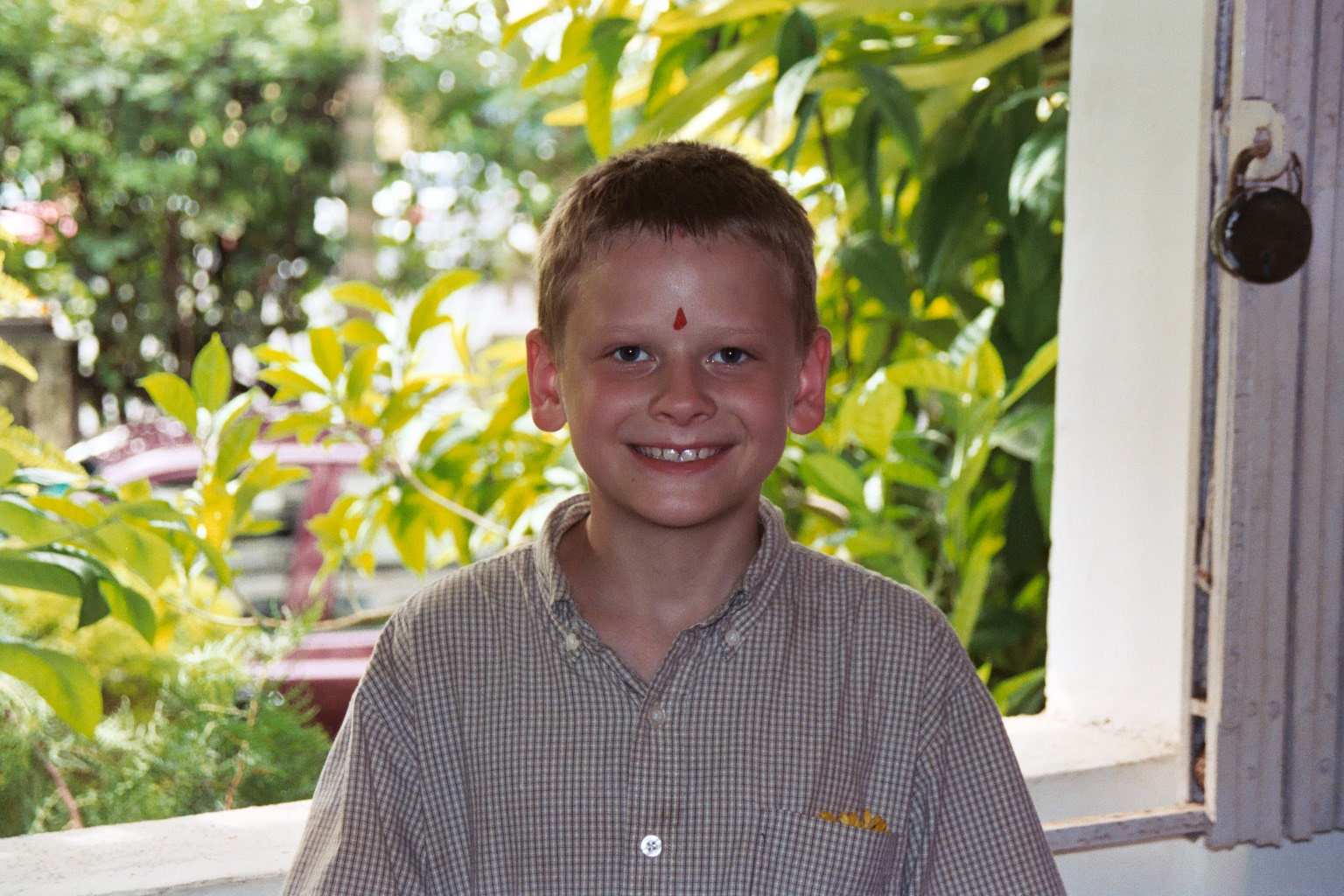 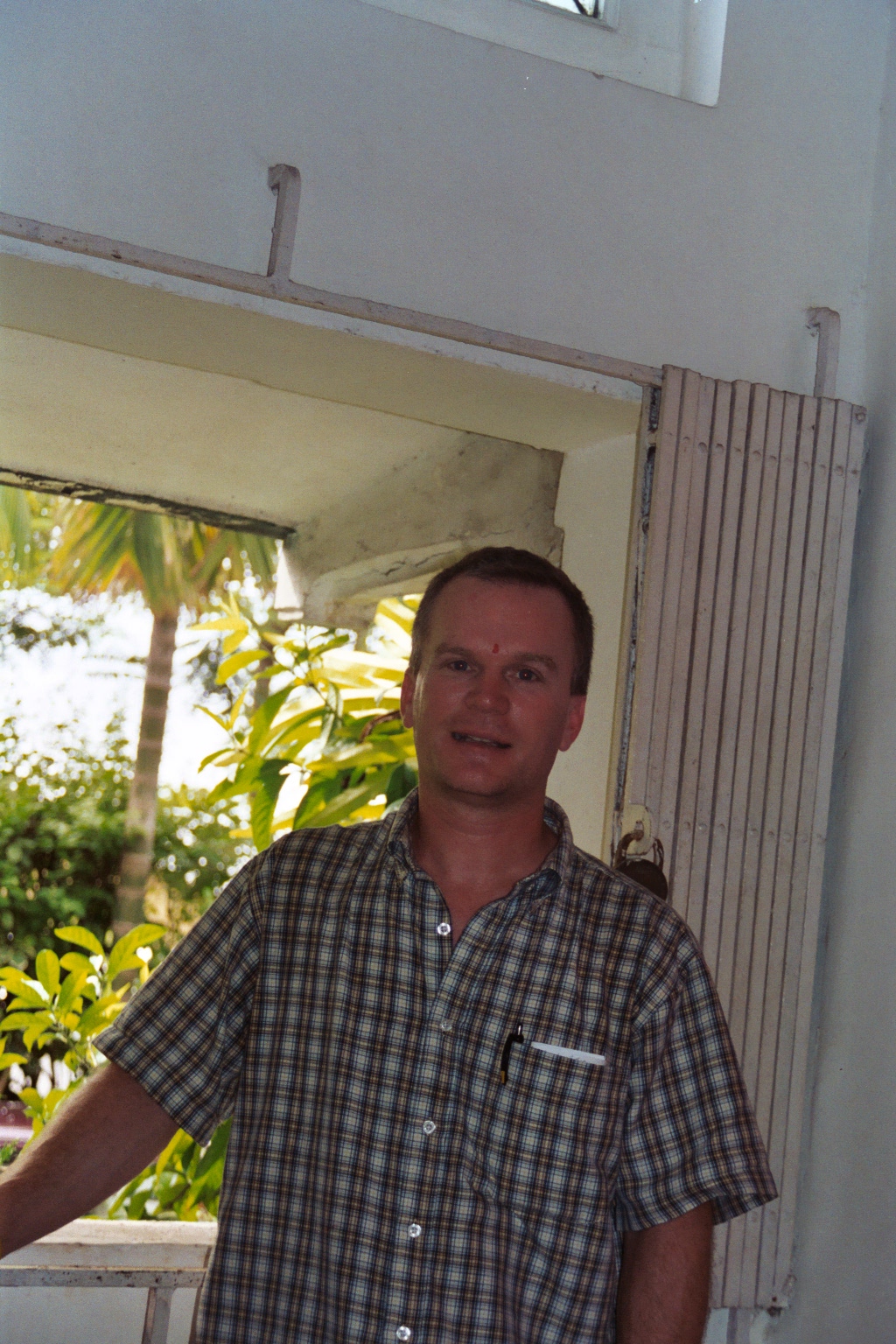 We began our journey in Mumbai. In fact, we began our journey in Shelleys Hotel, a quaint hotel in the Colaba district of Mumbai. At that time, Shelleys Hotel was a popular hotel for tourists that occupied the ground and first and second floors and the Chabad of Mumbai occupied the remaining upper floors. Since 2004 the hotel was acquired by the Chabad and the entire building was renamed and occupied as Nariman House. Nariman House is the “Jewish Center” that was occupied by the terrorists, where an intense battled took place, and where Rabbi Holtzberg and his wife were murdered last week. 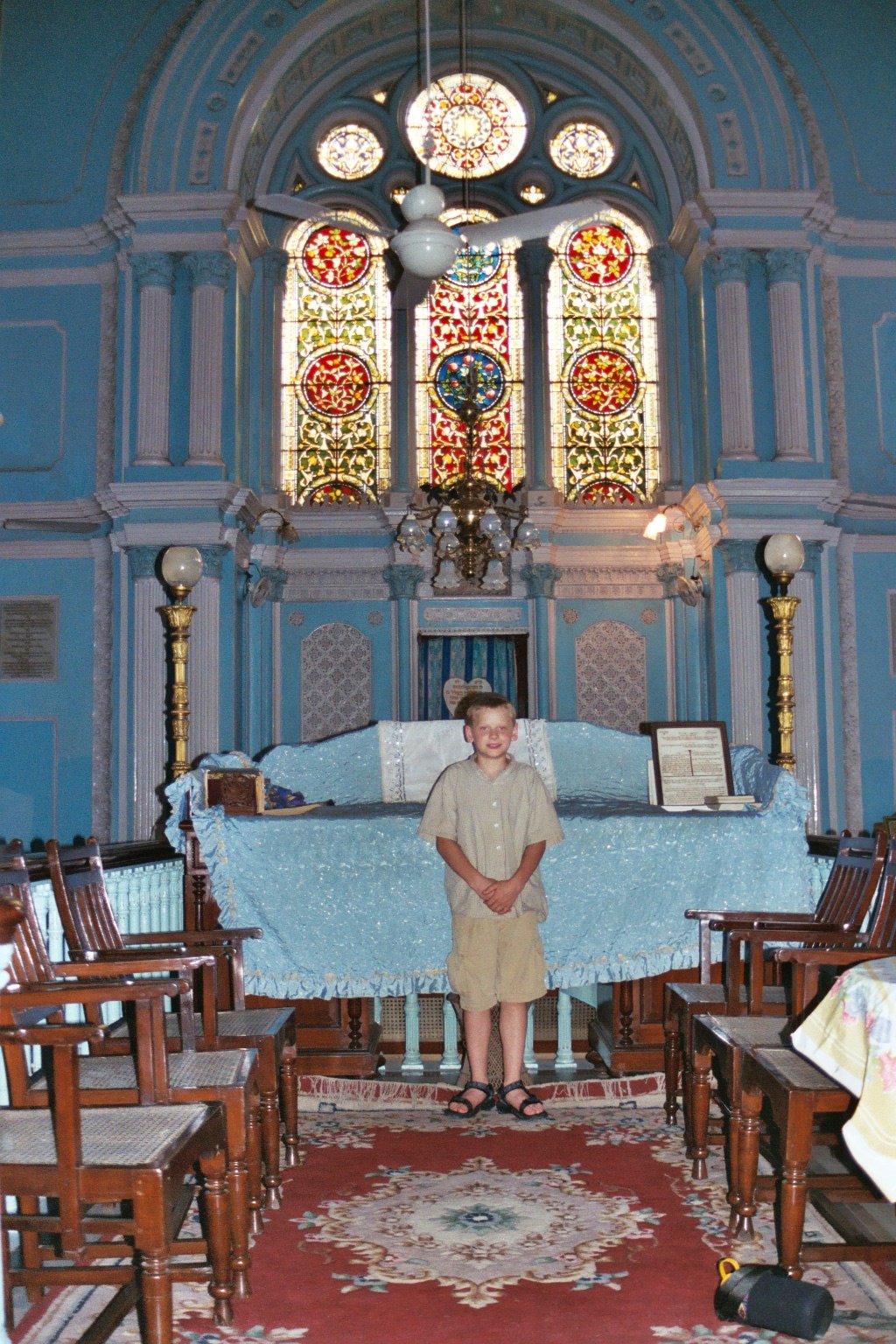 While in Mumbai, my son and I attended Shabbat Services at the Keneseth Eliyahoo Synagogue, also in the neighborhood. It was our intention to explore the lives of Indian Jews while we were in India. One Friday night we met Rabbi Holtzberg and his wife. I remember being greeted by him and I know we shared a wonderful dinner following services at the home of one of the temple members (the whole congregation left the synagogue after services and went to dinner together). As I type this blog entry I have Rabbi Holtzberg’s business card beside me.

While in Mumbai we ate many of our meals at the Cafe Leopold, the site where the terrorist battles began last week. The cafe is a great place for travelers and tourists to get acclimated to Mumbai and India. We had some great moments sitting at the front of this open–air restaurant and watching India—in all of its complexity—pass by on the street and sidewalks just beyond our gaze. Last week this restaurant was littered with gunshot and mayhem. 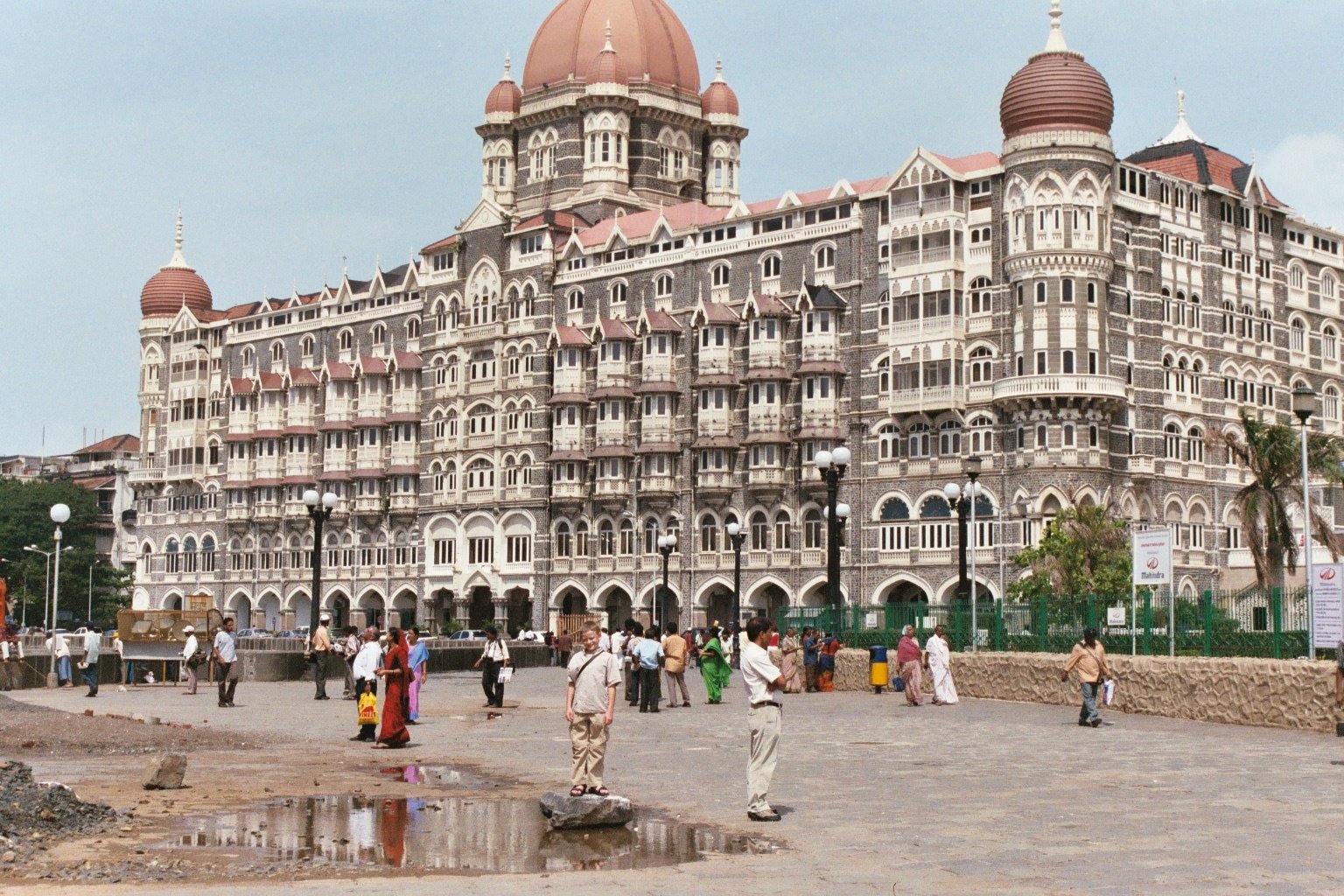 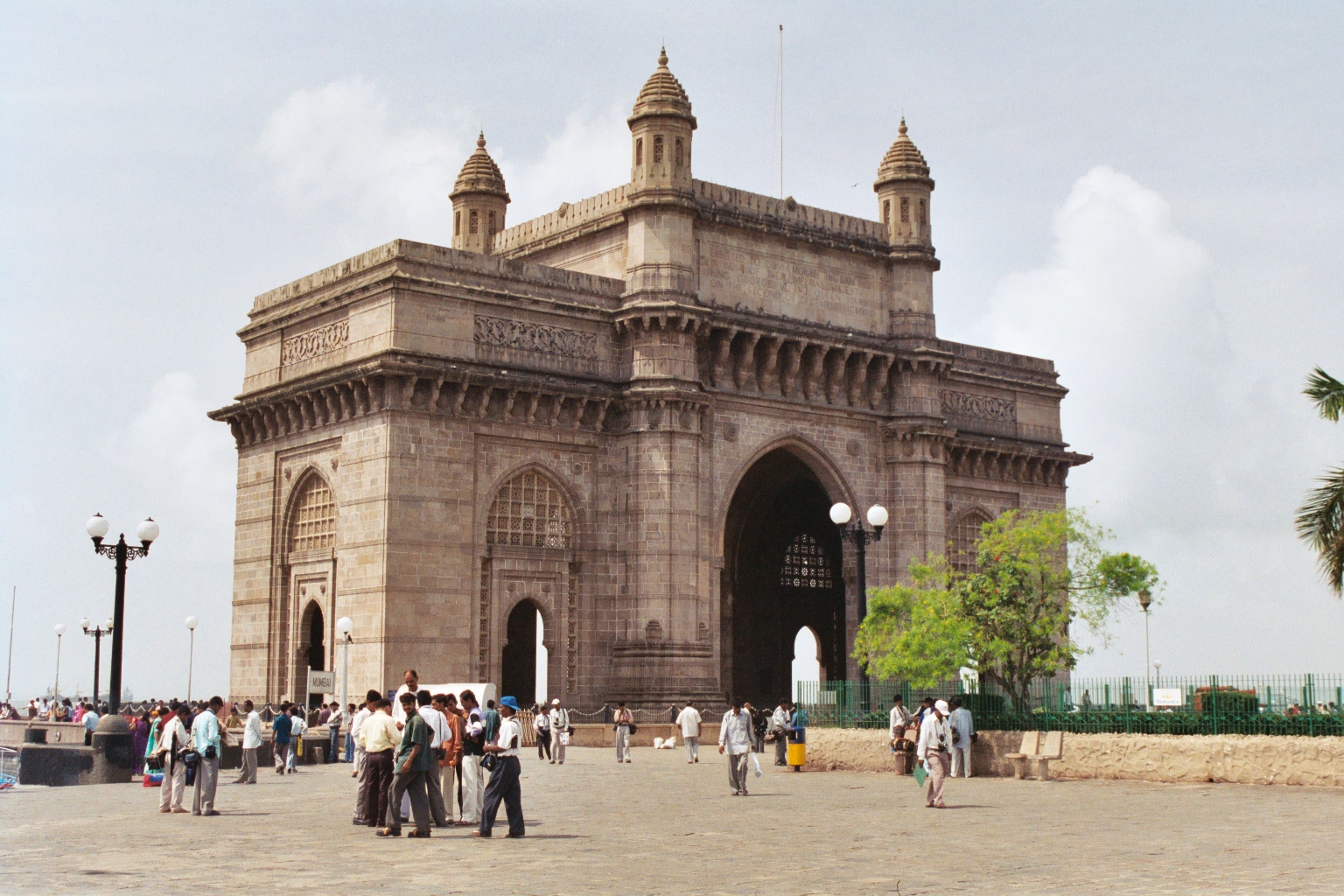 We would leave Cafe Leopold and visit the Gateway of India and the Taj Mahal Hotel, two magnificent landmarks in the old city. It was in front of the Taj Mahal Hotel where my son first touched the Arabian Sea, experienced his first child begging on the street (he bought her powdered milk in the store), and where he took in the confusing contrasts that define India–rich and poor, homeless and housed, residents and tourists, British Raj and Democratic India, American child on summer holiday and Indian girl begging for daily survival. The Gateway of India, a big open monument, symbolically welcomes people to India’s shores and was the site where the terrorists came ashore from boats in the harbor with bags of weapons and ammunition. It was the starting point for the days of terror that followed. 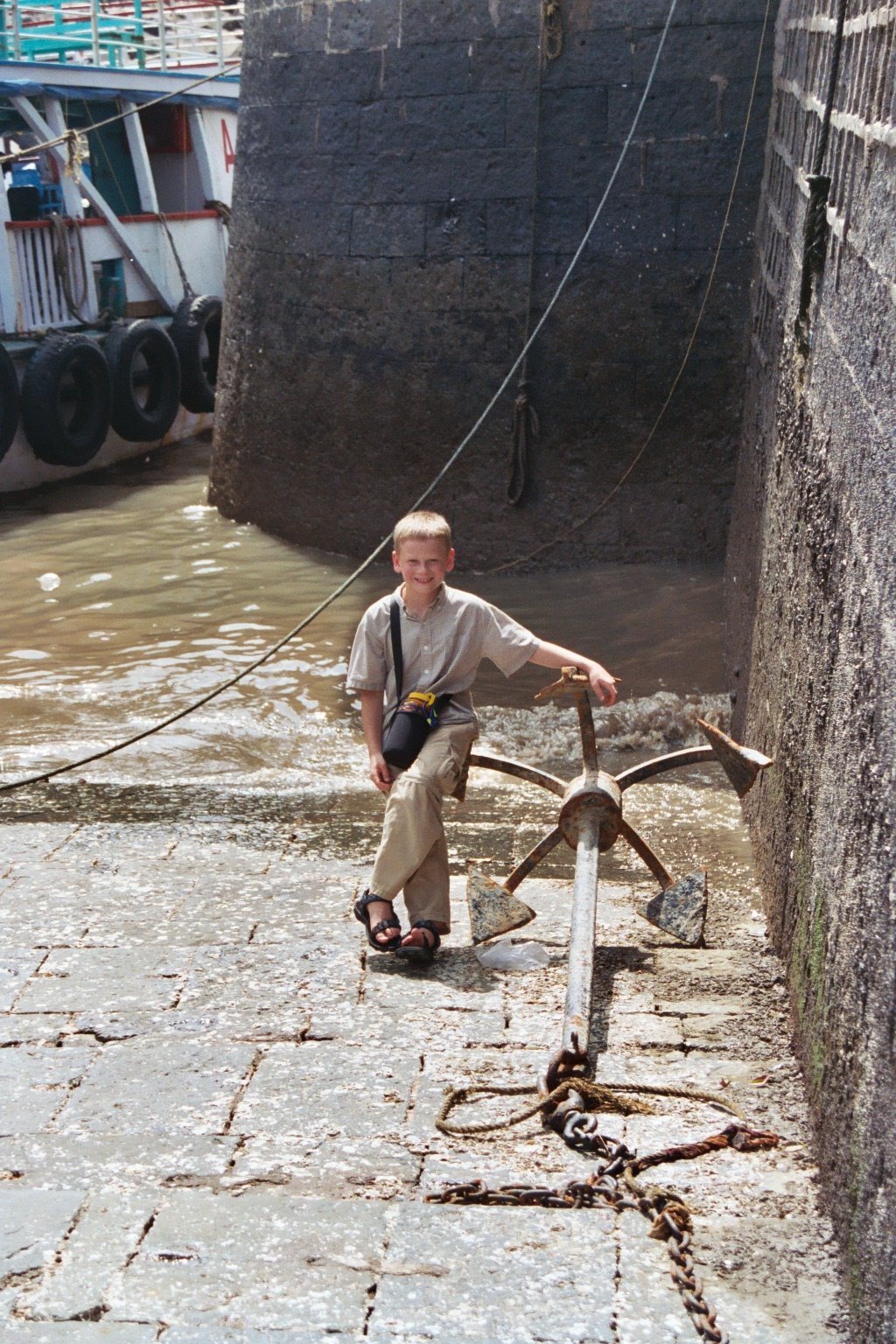 To get to and from Mumbai (something we did a few times) we would visit the Chhatrapati Shivaji Terminus train station, a glorious monument to India on the go and another site of senseless terrorist violence and death. 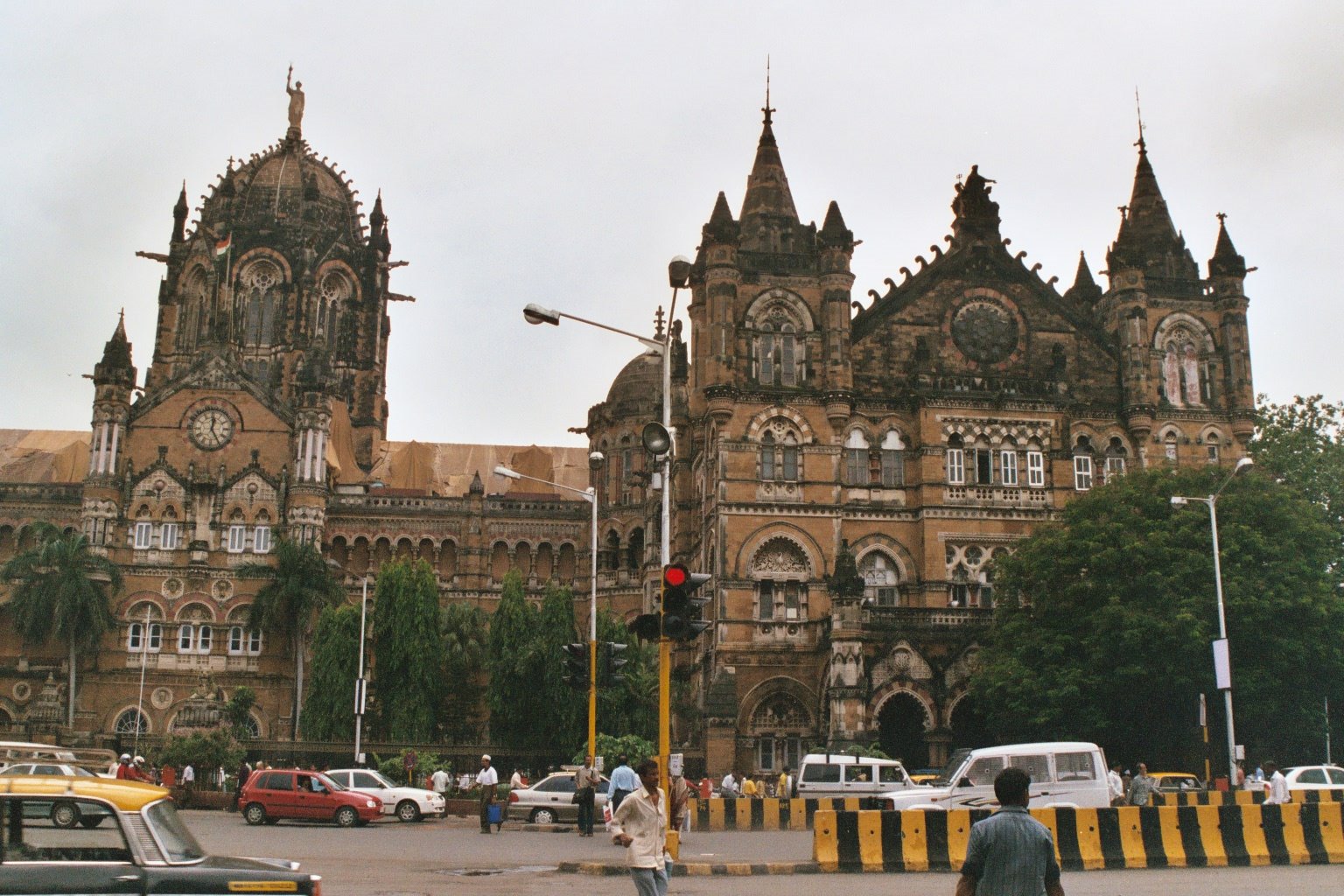 It is all so overwhelming, really. Not only to have been to India and to the places that were all over the news in the last 72 hours and to have made an acquaintance with innocent victims of such a tragedy, but also to love India deeply and to feel pain and sadness for the people who have been so painfully hurt.
The loss of human life causes me huge grief. And what I notice today is the loss of voice–the settling of disagreements with violence and death and threats and fear and psychology and irrationality and hopelessness. I grieve for the people who feel such hopelessness that all they can do is kill and destroy. I believe fair-minded people want to listen; but evil people have to have the courage to talk. Conversely, fair-minded people want to talk and evil people might learn from listening too.
Is there a “coaching point” to make? Not so sure…I’ll try.

What might be possible for the world if people talked and listened to one another, even to words they find objectionable and to ideas that they find impossible or repellent? What might be possible for the world if we were to recognize and solve problems from the stance that there is some truth to what we each have to say and some not truth? Pathways to peace and conflict resolution and love and understanding are complex; how are you with complexity? What’s trying to happen here?