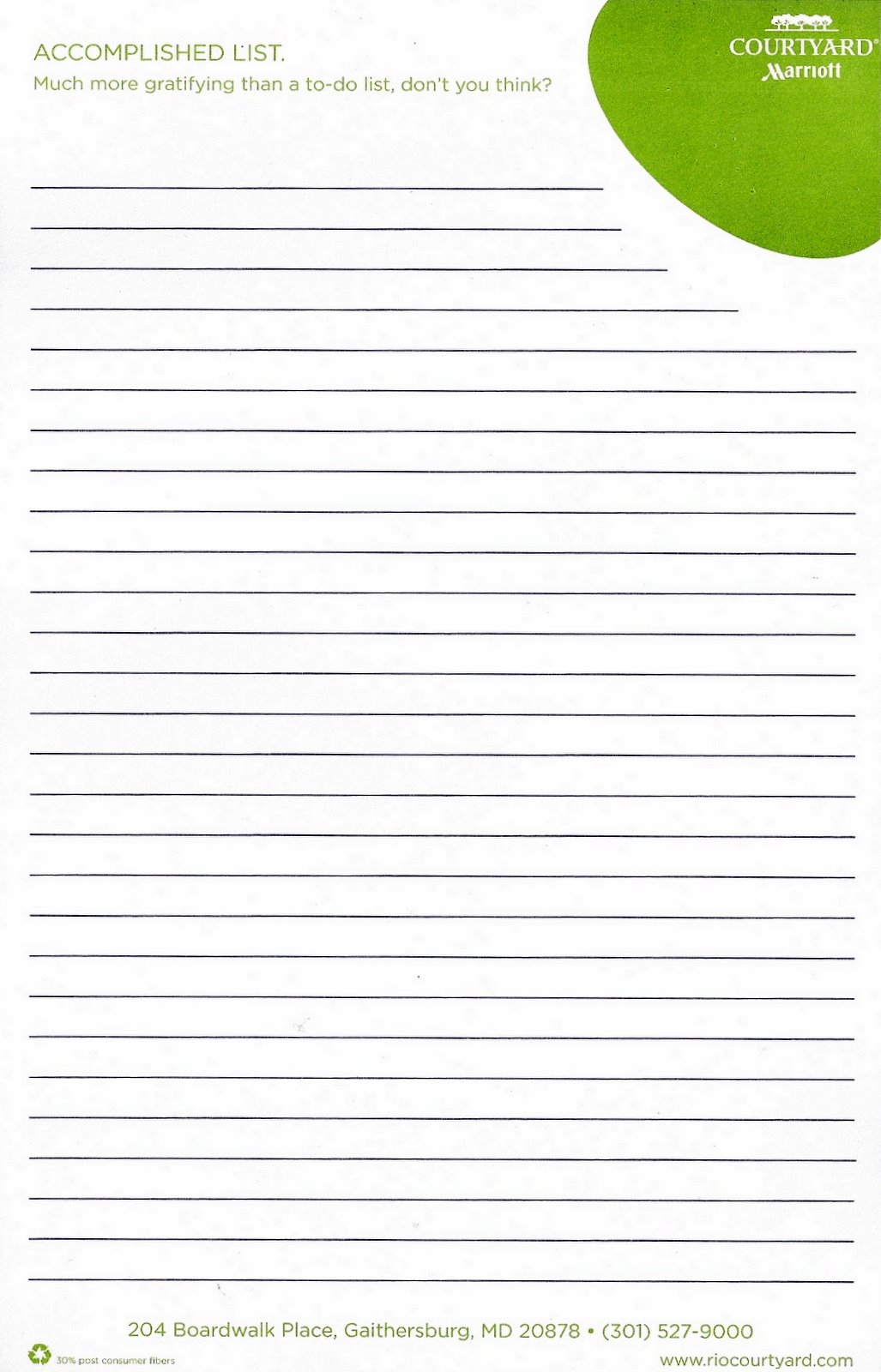 I took a great class last week at a Washington DC hotel and this was a note pad at each place setting. Clever. How inspiring is your “to do” list? What do you notice about those items on this list that seem to roll over from one week to the next? I think traditional “to do” lists are really “shame” lists. Aren’t they really just the lists of things we know we aren’t going to do?

Reminds me of a meeting I had with a client last week. When we were writing up action items at the end of the meeting, the familiar process of simply writing things that need to be done clearly felt out of place given the intensity of the planning process we had just completed. So rather than write a list of tasks (write this memo, make this call, facilitate this meeting…)we stepped into bold commitment. The list became: I am going to write this memo by Friday; I am going to make this call by Monday; I am going to facilitate this meeting on April 12. There was a whole lot more ownership for accomplishment when there was a commitment made to what was going to be done. Powerful!
“To do” lists are out. “Commitment” lists and “Accomplished” lists are in!
What do you think?